Join us on Tuesday, July 20 at 7 p.m. ET/4 p.m. PT for a screening of the film "Racially Charged: America's Misdemeanor Problem." 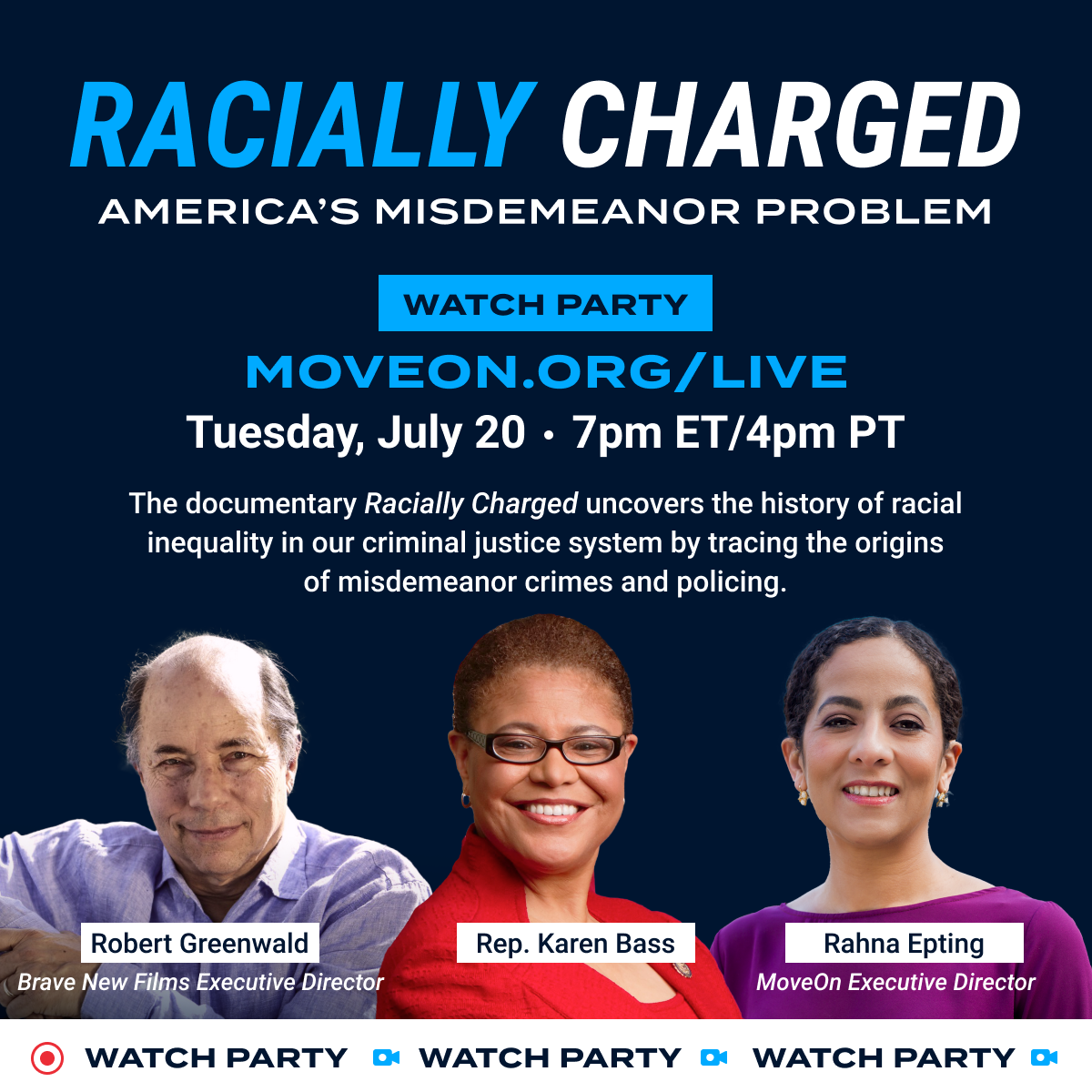 Narrated by Oscar winner Mahershala Ali, the film uncovers the history of racial inequality in our criminal justice system, dating back to Reconstruction, which charges 13 million Americans a year, mostly poor, Black and brown, with misdemeanors. Misdemeanors comprise approximately 80% of all arrests in America and often become the stage for the acts of violent policing we are seeing.